Having fun with Feathers and Glue

A few weeks ago we were lucky enough to pay another visit to the Dullstroom Bird of Prey Centre and during the flying demonstration my two year old decided that she was brave enough to hold one of the owls. She was hooked and ever since then both of my girls have been obsessed with these amazing birds.

I thought I would take advantage of this and get them to make some owl pictures. 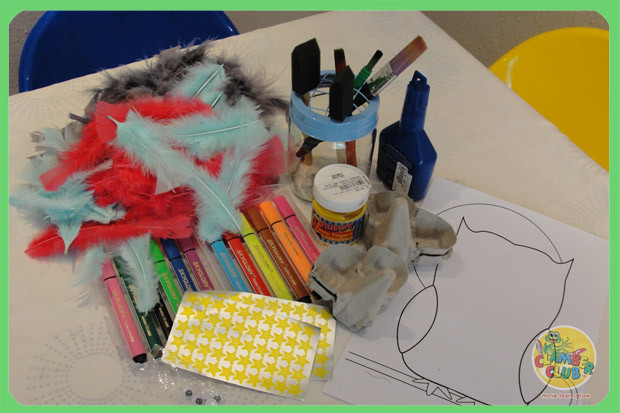 What you need:
• Owl image (outline only). You can draw one yourself or find one online
• A mixture of feathers (I used a feather boa and some dyed turkey feathers from a party shop)
• Glue and brushes to apply it
• Egg box to cut for the beak and eyes
• Coloured markers (I always use washable ones)
• Paint and brushes
• Any other stickers or items to decorate the pictures

First things first, cut out the egg box so that you are left with two of the egg holders and a pointed ‘beak’ in between. Get your children to paint it yellow (or any colour they want if you prefer) and then leave it to dry while you are busy with everything else. 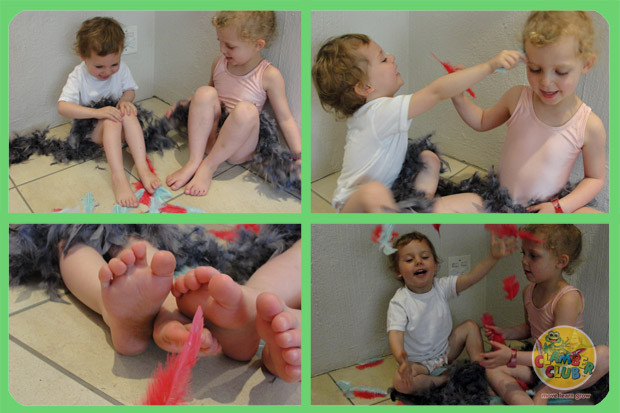 Before I let my children get stuck in with making the pictures I got them to sit on the floor with all the feathers and play around with them a bit. As we all know they are very ticklish and my little ones had a ball rubbing the feathers over their bodies and throwing them up in the air. This alone is a great sensory activity and by stripping off most of their clothes they were really able to get the most out of the feathers. Once they were done they got some fine motor practice in by collecting all the feathers up again and we were ready to go. 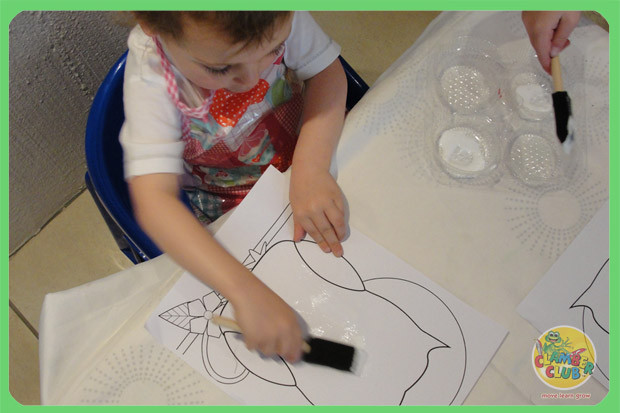 I poured a little bit of glue into an empty muffin container (you can use anything you have lying around, paper plates work well too) and got them to paint the glue into the owls. 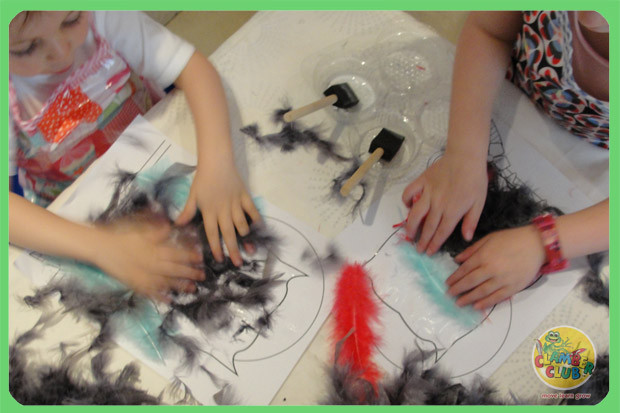 Once they were done they had enormous amounts of fun tugging feathers off the feather boa and sticking them to the owl. 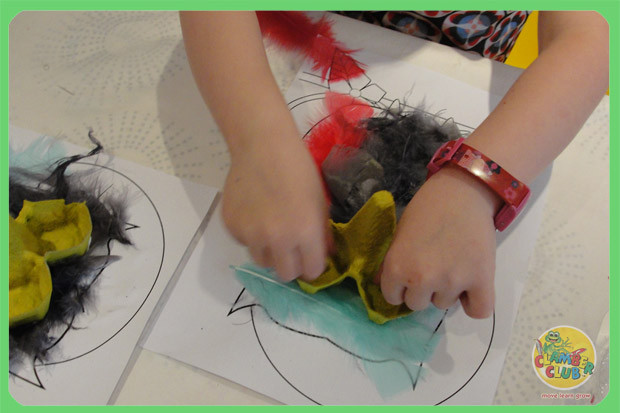 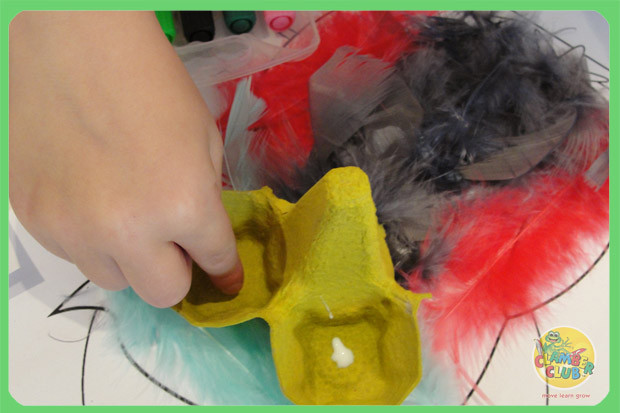 We then took the eyes and beaks that were now dry and glued them onto the feathers followed by some googly eyes into the middle of the eye ‘sockets’. If you don’t have any googly eyes you can use stickers or simply paint and markers. 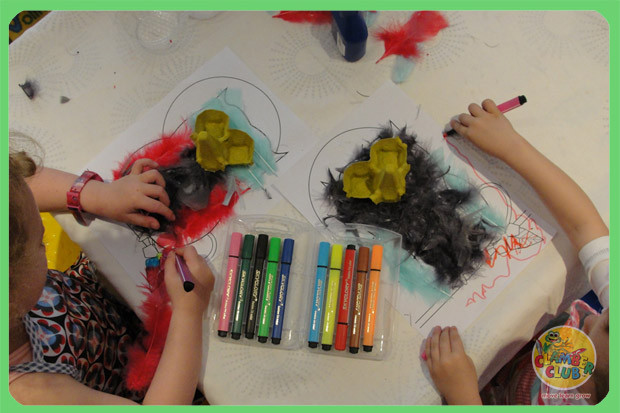 Lastly I gave my little ones the coloured markers and some star stickers to finish off their pictures with.

This activity was heaps of fun and it turned out to not only be a great creative project but a wonderful sensory activity too. 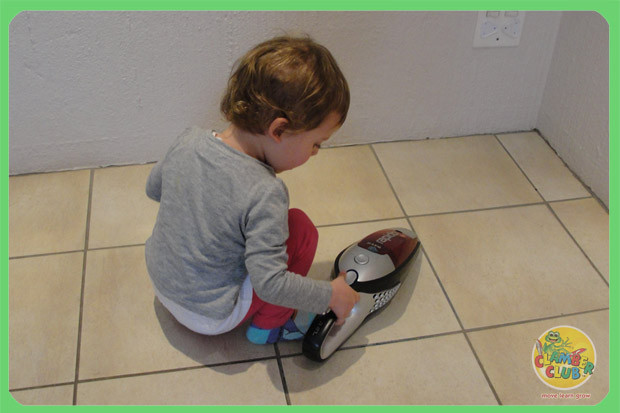 I had originally wanted to do this project outside however the weather wasn’t playing along and it was too cold for my little ones to strip down to play with the feathers. We ended up inside and once we were done my two year old thought it would be great amounts of fun to help mom clean up. 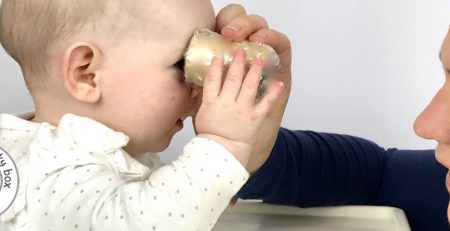 Having Fun and Learning through Senses!

Children experience and learn about the world around them through their senses. These senses include touch, smell, taste, sound... read more 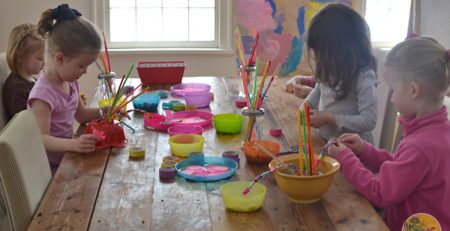 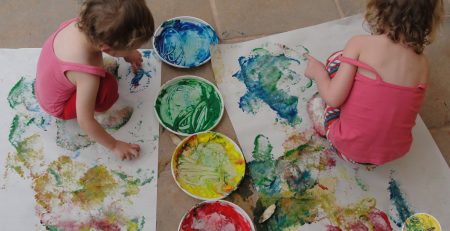 Encouraging Creativity through the Senses

Sensory activities and creativity are literally a match made in heaven. Just think about when your children create a painting... read more 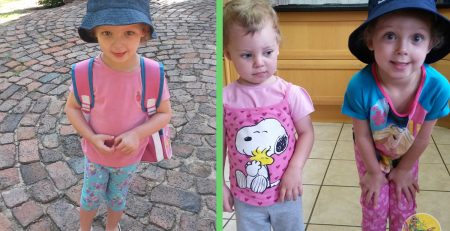 How to be (Mostly) Prepared for School

It seems like the second that Christmas is over and the streamers from New Year have been cleaned up... read more 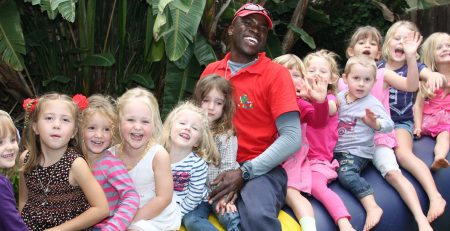 After our little run in with a swarm of bees the other day I have taken the opportunity to... read more 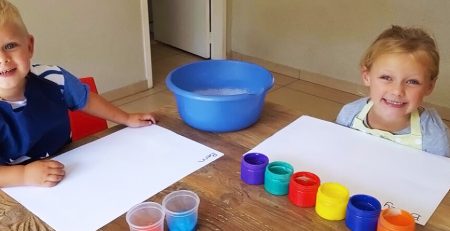 Finger painting for the different ages

One thing is for sure, that when I mention a creative activity to my children, they both get super... read more 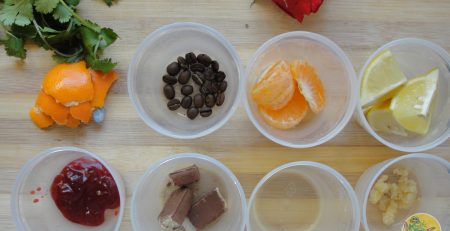 Letting Our Noses Lead the Way

So often when we hear the words Sensory Play we only think of touch. Allowing our children to squelch... read more 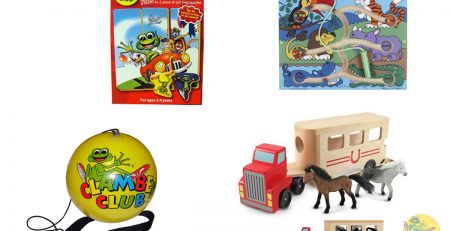 Clamber Club Ball with Elastic String Many of you will be familiar with the bright yellow Clamber Club soft ball... read more 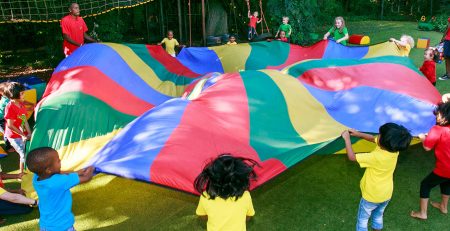 Winter seems to have arrived with a vengeance and along with it chesty coughs and runny noses. So, what... read more 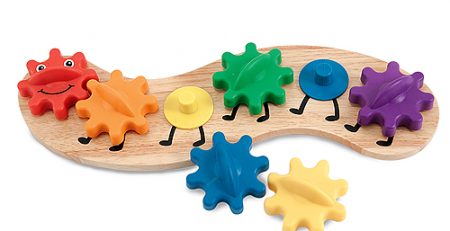 It is no secret that I hate sand. No, hate is not too strong a word in this case;... read more