10 Tips for dealing with fussy eating

According to a U.S study published in the journal Appetite in 2016, children enter their fussiest phase of eating from the age of two, with their pickiness declining by the age of six. Although there has been speculation that fussy eating may be a genetic predisposition, what is more widely accepted is that fussy eating is actually down to the personality of your child. Parents can raise two children in exactly the same environment, feeding them the same meals, and one child may turn into a much fussier eater than the other. In addition, fussy eating has been found to be more common in children with heightened sensory sensitivity.

“While parents may not have total control over their child’s fussy eating habits, they have some control over the dynamics that unfold in your household,” says Tenielle Maris, nutritional advisor and Clamber Club expert. Here are Tenielle’s tops tips to keep in mind the next time your little one acts up during mealtimes.

You need to learn to become more attuned to your child because, quite simply, if they aren’t in the right frame of mind, you are more than likely setting yourself up for failure. If your child is tired rather push their mealtime out a little later, and if your child is starving then give them a healthy snack to keep them occupied while you prepare their meal.

Do not burst into laughter or dramatically gasp in horror if you have landed up with food all over your face or poured onto the floor. Resist the urge to giggle even if you really want to, because children begin to associate their bad behaviour with a seemingly positive reaction from parents. 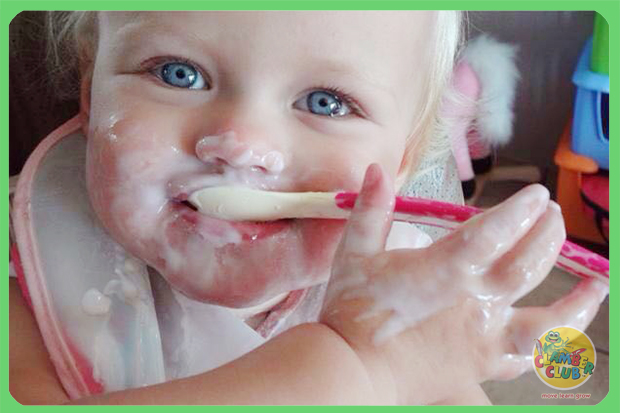 3.There’s no one size fits all.

Don’t compare your child to your friend’s child who eats broccoli by the kilo, or the child who eats ‘absolutely anything’ from your playgroup. Every child is different, with their own likes and dislikes. Your child is a little individual, so throw out the comparisons and the benchmarks.

4.Give them freedom of choice.

By giving your little one the opportunity to play his part in mealtime decisions, you are making him feel included and as though his opinion is valued. Ask them to choose some elements pertaining to their meal (i.e.: chicken or beef; a red bib or a blue bib; banana or pear for dessert and so on ) to get them involved and to dissipate power struggles.

Get your child involved in picking out ingredients, preparation and then serving up the food. If they are still too young to get involved, talk them through everything you are doing to create the most delicious meal possible for them. Simple activities like adding different toppings to meals (pizzas, yoghurt, porridge or rice cakes) can also be a fun activity.

6.Make storytelling a part of your mealtime conversation.

By telling your little one animated and exciting stories about where a particular food comes from or the types of animals that eat that food, you are going to get them interested in something that previously received the cold shoulder. 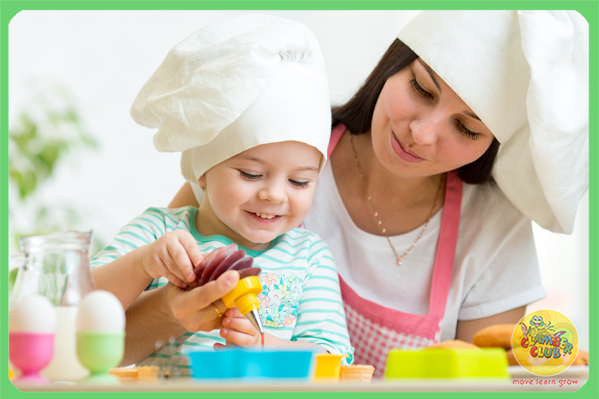 Explain to them that they need a variety of foods to help them grow and get strong. Don’t hold back on telling them all about specific health benefits that different foods are able to give to them i.e.: yummy orange full of vitamins/delicious yoghurt for strong bones and teeth.

If the meal you have lovingly prepared has landed up on the floor or your child just seems to be impossible to please, try again another time when they are in the right frame of mind. Mealtime should never become a battlefield. You want your child to associate a happy and relaxed occasion with all mealtimes.

9.Don’t underestimate the power of praise.

If your child branched out and ate some of the broccoli medley you put on her plate, tell her how clever she is. You want your child to have positive associations with eating, so that they remember these positive feelings the next time they sit down to a meal.

10.Don’t throw in the towel so easily.

Experts have recommended that a child should be exposed to a new food ten to fifteen times before it is ‘liked’ by them. If your little one isn’t keen the first time you give him something, don’t let that stop you from trying again. Children need to be consistently exposed to as many foods as possible, and the younger they are when you do it, the better!

Remember that children have their own likes and dislikes, just as adults have preferences and things that they detest. As parents, we need to be mindful of our own child’s personality and learn the difference between an actual food aversion and when they are simply exercising some self-control. By doing so, you will pave the way for mindful parenting and happy (and hopefully fuss-free!) mealtimes in your home.