In this techno-savvy world where anything we want to know is at the click of a button, we often head to the Internet and just google what we need. As new moms, the web is a great resource for info, advise, and for how to make our lives a little bit easier. So when we decided to take our one year-old to the beach for the first time, I thought it would be a fab idea to see what hacks I could find for an outing to the seaside. I chose a few that resonated with me in the category of ‘possible useful,’ and then thought I’d try them out to see if life really is as easy as my search feed was telling me.

We’ve all see the Suzelle DIY video where she and Marianne give instructions on how to create a sand-free zone. I thought, “What a great idea. It’ll be a perfect place for us to put all the things that we don’t want to get sandy.” I like to laugh at my previously misinformed self. This is a great idea in theory, and really very clever. But I forgot just how sandy the beach actually is, and also just how much my little guy absolutely loves playing in a sandpit. He thought that the sand-free zone was a wonderful idea, because he assumed it was an area that we’d laid out just for him to fill with sand. What amazing parents he has! I think that this kind of thing would work with a child who is not mobile – you could put your umbrella up with your teeny weeny chilling happily on her back. But I’m afraid that if your mini can move, then don’t expect there to be anything in this zone but sand. 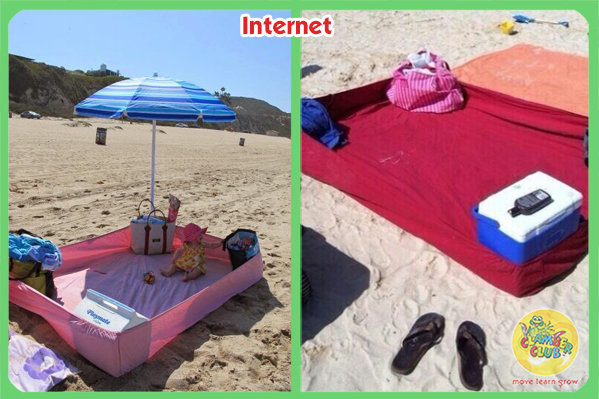 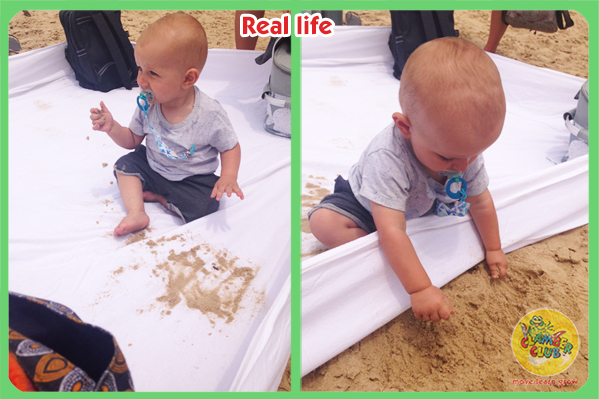 When I first read this one, I thought it was lame. Also because I couldn’t find any decent images of it in action, so I believed that this was because it’s a bum bit of advice. But not so – I found that putting baby powder in a sock and then rubbing in on an area where you want sand to be removed, actually worked. The one article I read recommended that you cover your baby in the stuff to that he won’t be covered in sand, but this was never going to happen. I settled for being able to remove sand from my own skin to maintain my sanity. 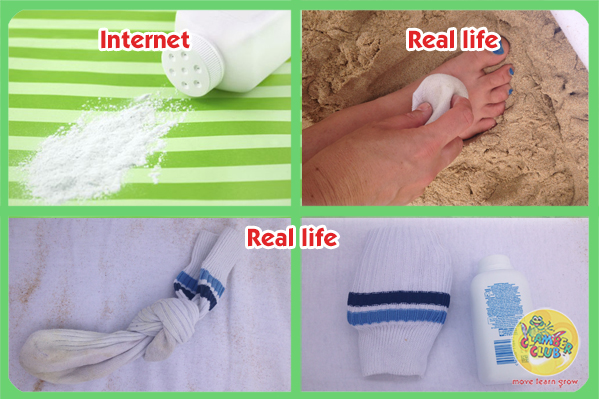 Bring your own tent

I like the idea of having a designated area for shade for your little person. And nowadays you can get tents that are made to take to the beach for this purpose. Especially if you’re going to spend the whole day shore side, it makes for a great place for babies to nap. Mine didn’t ever use the tent we set up for him as a nap station, more as a ‘make another sandpit’ station, but it also provided some cool for his explorations on the hot sand. 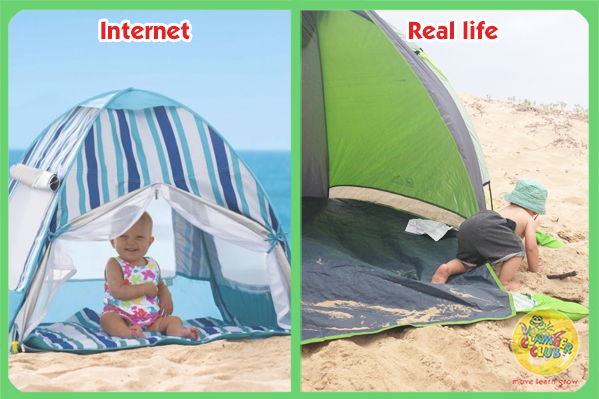 When I found this hack, I thought how clever. I’d heard about hiding your car keys in your sun cream, or even an old sun cream bottle that you’d cleaned out, but when you’re with a baby, the used nappy idea is genius. I know that I definitely wouldn’t be caught dead touching another child’s used nappy – there’s too much gross factor to work with. Just be careful that you don’t accidentally mistake this nappy for one of the real used nappies – you don’t want to throw your valuables away. 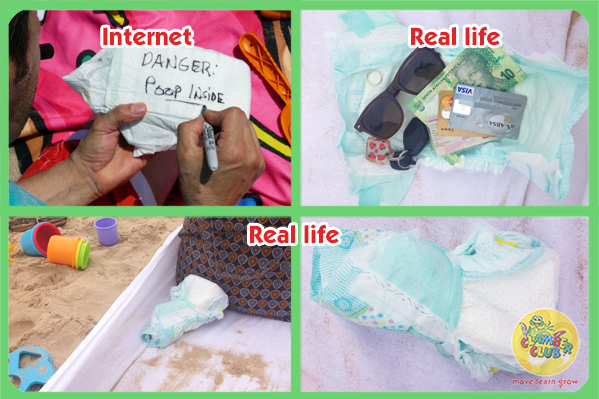 Don’t be fooled – despite your best efforts, there will be sand. Everywhere. But if you resign yourself to this fact before you head to the coast, it’ll make for a better mooded parent all around. I honestly don’t remember the last time I was covered in so much sea sand, but what worked was the fun that my little boy had. And that was the main reason for us going in the first place.