Clamber Club Goes to the Zoo 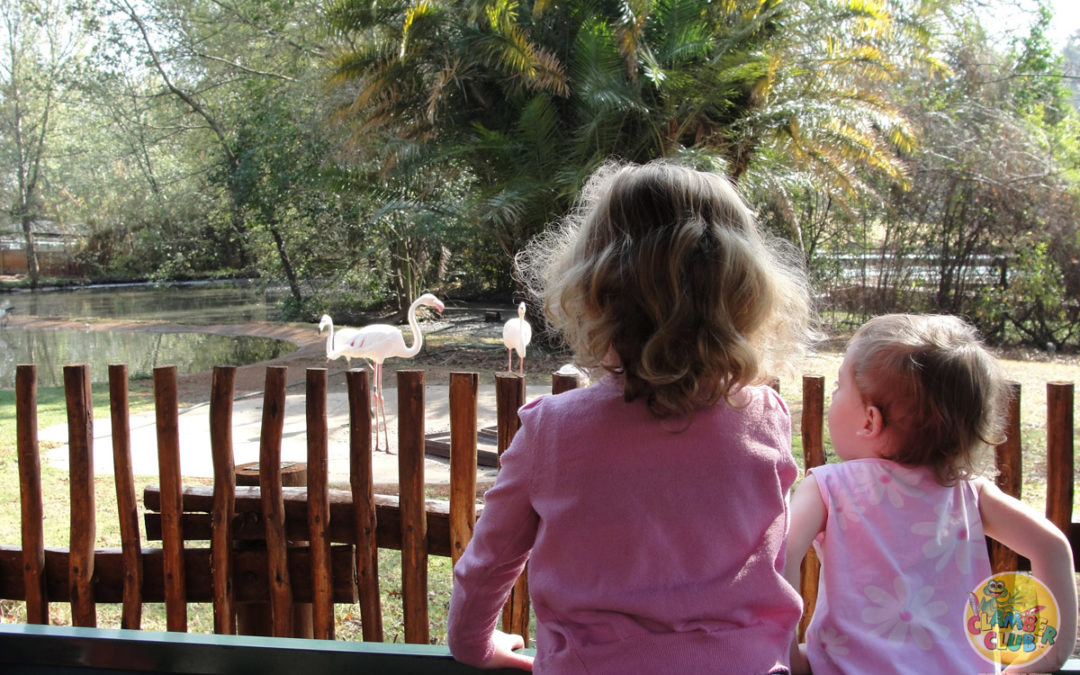 Every term Clamber Club organises an outing and this term we were lucky enough to visit the Johannesburg Zoo. 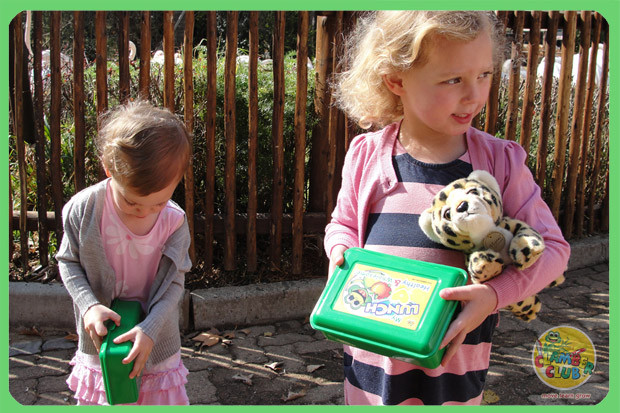 Two excited little girls with their Clamber Club lunch boxes (the littlest one trying to break into the snacks early).

The zoo is a wonderful place for your children to see animals up close and you can see the delight on their faces when all those animals that they have seen in books and on tv are suddenly real! We often use animals as examples when teaching children body awareness (jump like a kangaroo, trumpet like an elephant and slither like a snake) and a zoo is a wonderful resource for your children to see all of these animals and their actions first hand. 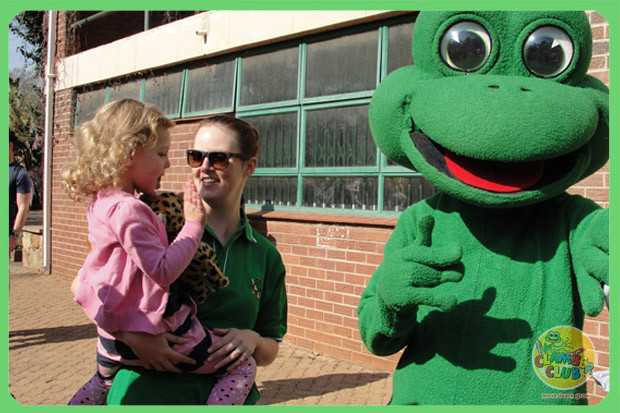 High fives for Jog the Frog

The trip started off with a special visit from Jog the Frog who came along to greet all the children. His appearance was unexpected but met with squeals of delight and many hugs and high fives. After all the children had said goodbye to Jog we jumped on board our zoo ferry and set off to our first stop, the Lions. 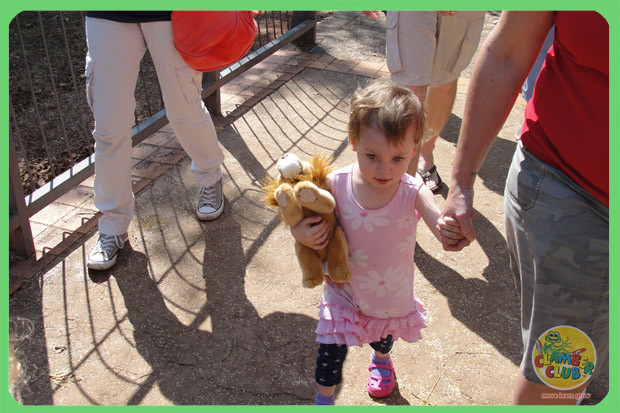 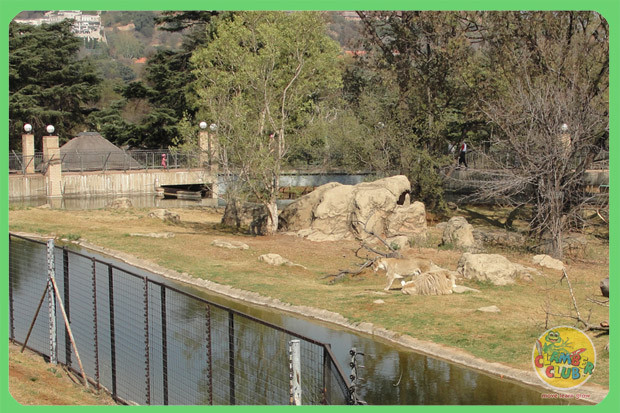 The Lions were all sunning themselves and we were lucky enough to see them all, including their pair of rare white lions. 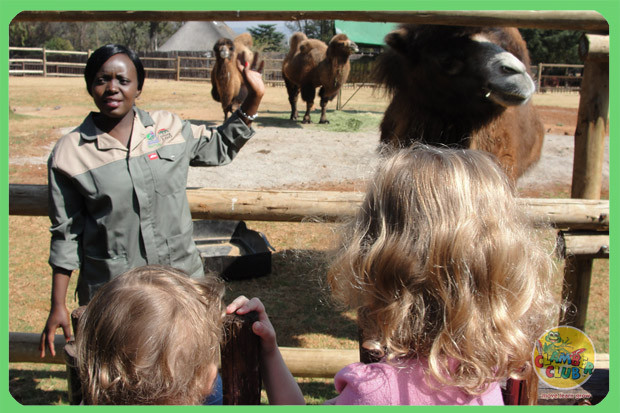 From there we tried to see if we could spot the tigers however they were still hiding in their night room and so we had to settle for Gladys the camel and her friends. 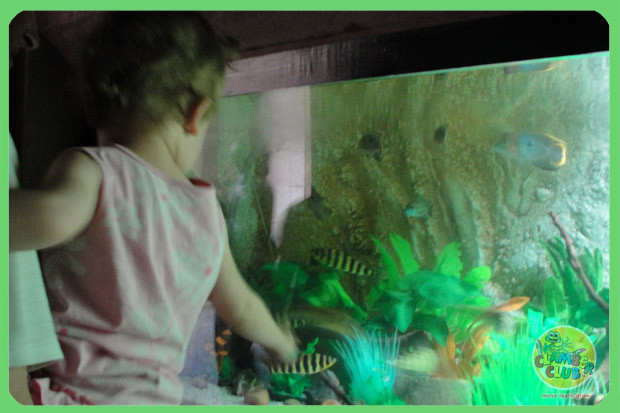 Trying to catch some of the fish from the Amazon.

A highlight for me was the Animals of the Amazon exhibit as I hadn’t been to the zoo since it opened. The exhibit was built to resemble an ancient Mayan temple and has a host of animals from the Amazon including snakes, spiders, bats and a walk through fish tunnel. 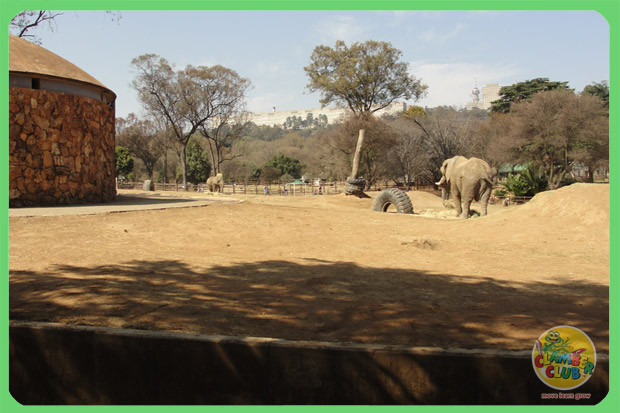 What would a trip to the zoo be without a stop at the elephant enclosure? 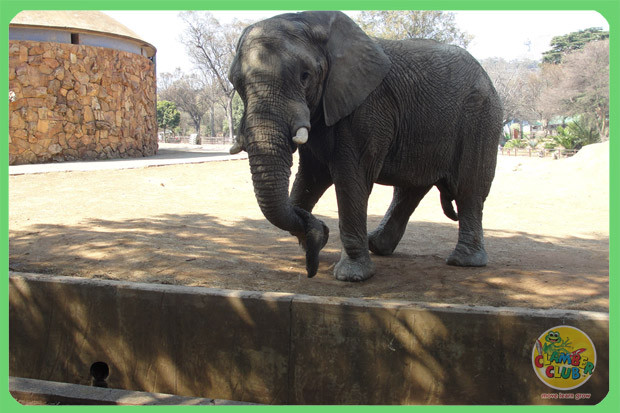 There are many people who are against housing animals in the zoo and sure, having animals in the wild is first prize but often due to poaching or injury this just isn’t possible. For example, this large bull elephant came to the zoo from the Kruger Park. He was caught in a poacher’s snare and although he was rescued he ended up with a hole in his trunk which resulted in him coming to the zoo to live out his days. His story isn’t all bad and we can use it to teach our children about how bad poaching is and how it negatively affects our wildlife population.

It is good to bear in mind that one of the main functions of the zoo is to educate and promote wildlife conservation. By introducing these topics to our children from a young age we will produce a generation who not only love wildlife but also understand the plight of so many species of animals. 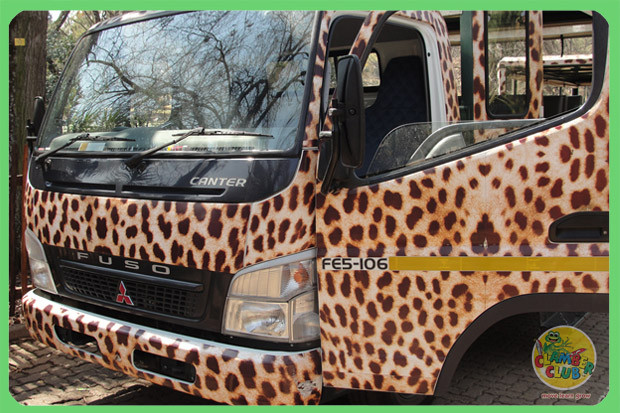 Our wheels for the day.

The visit to the elephant enclosure marked the end of the trip and before we knew it the tour was over and we were ready to take our exhausted children home. This was the first time that I had ever gone round the zoo on the ferry and it was quite nice not to have to trudge two tired toddlers around, especially as it turned out to be a very sunny and warm day.

If you were unable to come along on the Clamber Club outing or have never been to a zoo I urge you to take your children for the day. The Johannesburg Zoo is a wonderful day out and in addition to all of the animals there are also several large grassy areas where you can take a picnic lunch. If you don’t feel like taking food along they do have a restaurant as well as play areas to keep your little ones entertained while you take a breather.

For more information you can contact the Johannesburg Zoo on 011 646 2000 or visit them at www.jhbzoo.org.za.

If you have been to the Johannesburg Zoo and fancy something different there is also the Lory Park Animal and Owl Sanctuary in Midrand and the National Zoological Gardens of South Africa in Pretoria.

If you are based in Durban the Mitchell Park Zoo has a variety of smaller animals as well as a walk through aviary and a kiddies playground.

For those of you based in Cape Town, unfortunately there aren’t any zoos for you to visit however you could try the Drakenstein Lion Park. The park has the largest population of lions in the Western Cape and has also opened up Chimp Haven which was built to house some of the animals displaced by the closure of the Tygerberg Zoo.