I always find it so amazing how you can create something that is so much fun from household ingredients that are so boring! Take bicarbonate of soda (also known as baking soda) and vinegar for example. Both are touted as wonder products with hundreds of uses between them from cleaning ovens; removing smells, revitalizing leather furniture and concealing scratches (just Google them and you will be amazed).

Now, obviously none of the above is very exciting for children however there is another use for these two items that your little ones will love: bicarbonate of soda and vinegar volcanoes. Along with being a great sensory experience for your little ones it is also a great way to introduce them to science. 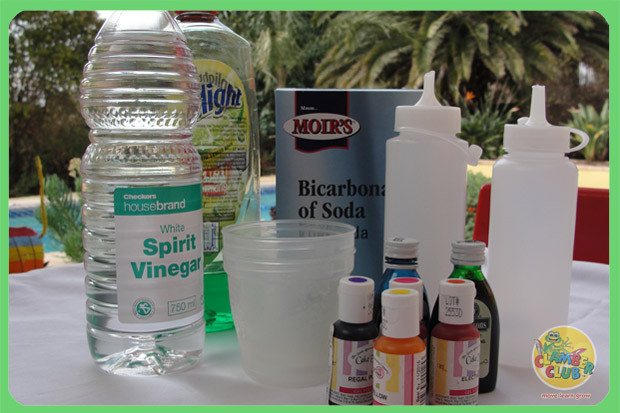 What you need:
• A few plastic containers or bottles
• Plastic pouring bottles (one for each child because they aren’t going to want to share)
• Bicarbonate of soda
• Plain white spirit vinegar
• A few different food colours
• Dishwashing liquid 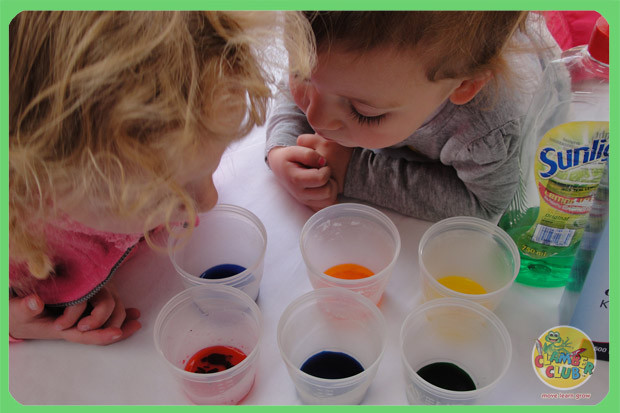 Hmmm, what could mom be up to? 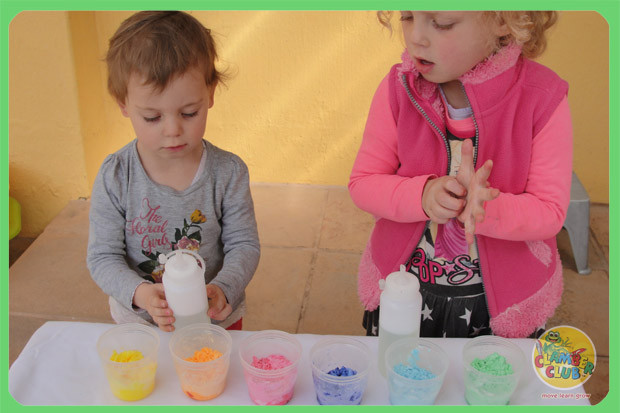 All lined up and ready to go.

Method:
1. Fill each plastic container about one third of the way with bicarbonate of soda.
2. Put your white spirit vinegar into your plastic pouring bottles and add a squirt of dishwashing liquid into each one. Shake to mix.
3. Add a few drops of food colour into about a tablespoon of water and then mix each one into one of the containers of bicarbonate of soda.
4. Line up all of your bicarbonate of soda containers (preferably somewhere that you don’t mind getting messy or put down a drop sheet or towel).
5. Let your little ones squirt the vinegar mixture into the coloured bicarbonate of soda and watch them erupt. 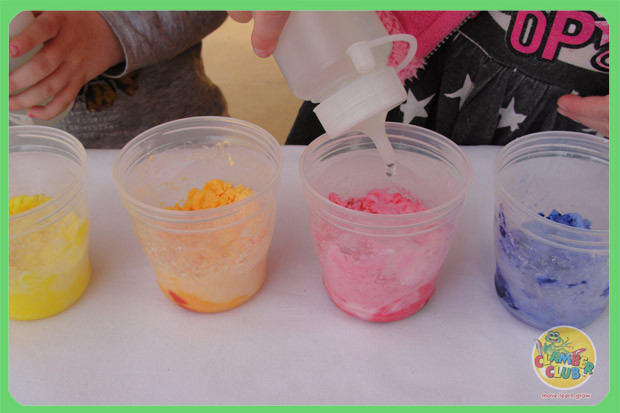 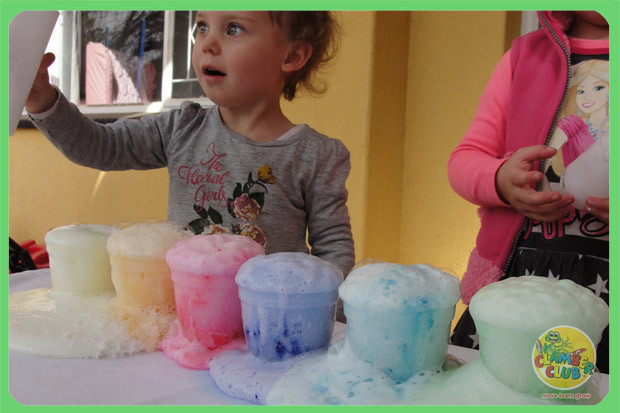 Wow, the stuff in this bottle must be magic!

To say that my children LOVED this would be the understatement of the century. The combination of the colours, the bubbles and the serious fizz was sensory overload for them and they were obsessed. I am so glad that I put down such a big sheet and did this outdoors as the end result was a big foamy mess, especially after my children decided to mix all the foam and do some finger painting with it. On the plus side the vinegar did smell quite nice although it made me crave fish and chips (dinner idea). 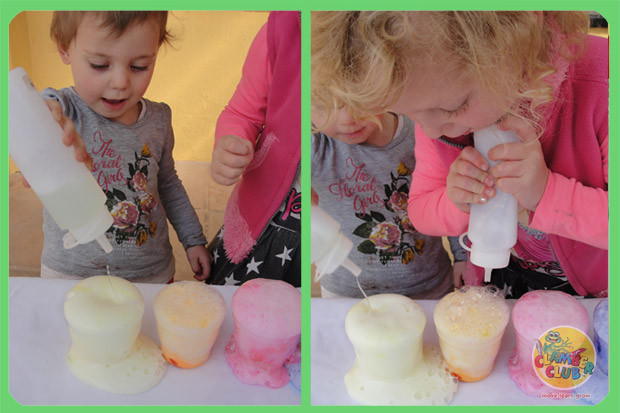 For those of you are interested, the reason that the bicarbonate of soda and vinegar react like this is because when they mix, they create carbon dioxide (the same thing that you pump into your water with a soda stream machine that turns it fizzy).

Now, the dishwashing liquid, while not necessary, creates even more bubbles as the carbon dioxide essentially blows bubbles into it for you. Think about how much dishwashing water bubbles when you blow into it with a straw (we all did that as a child), well that is pretty much what the carbon dioxide bubbles do for you. The end result is a bubbly, foamy, colourful fizz. What the dishwashing liquid also does is prolongs the bubbles so that they are around for your children to play with for a bit longer. Mine had great fun mixing all the coloured foam and then finger painting with it. 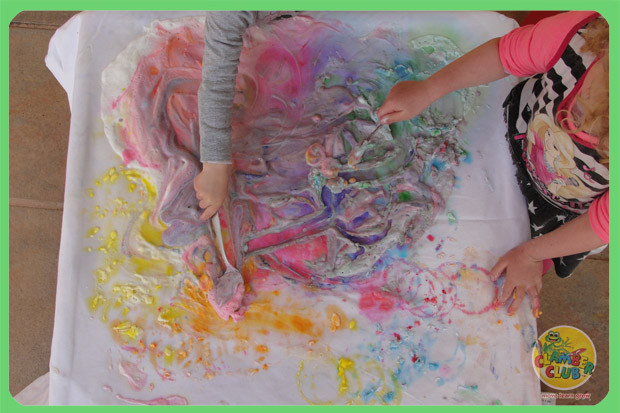