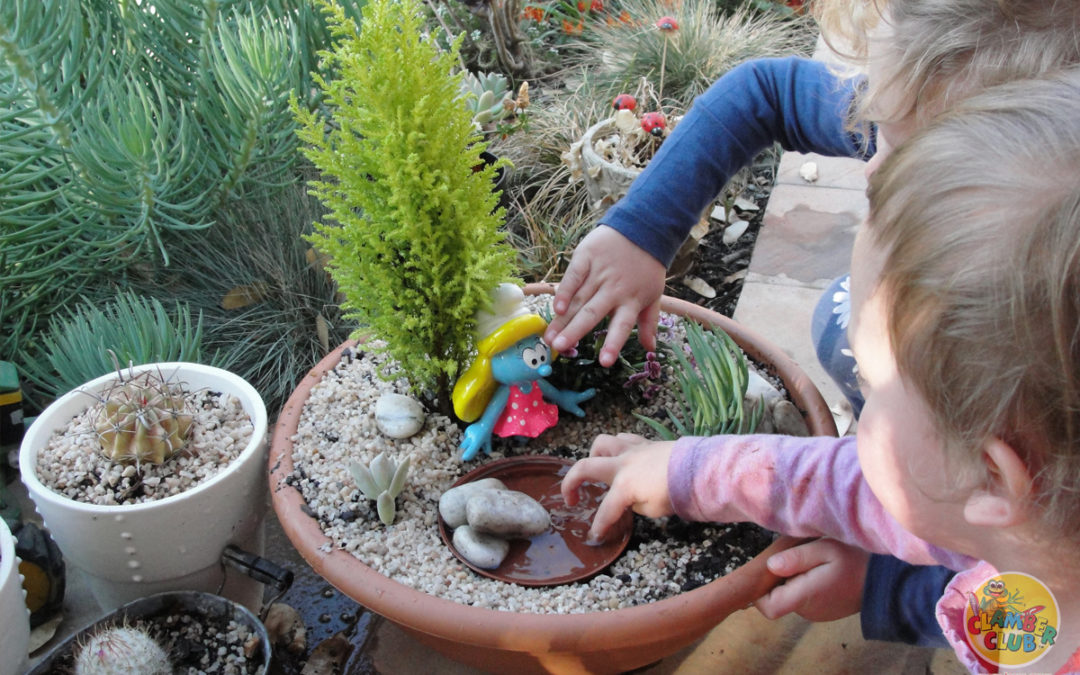 When we hear the word creativity with regards to activities with our children we often automatically think of things like arts and crafts or even baking. It is important to remember though that there is a whole world out there waiting for your children’s creativity and you don’t even have to go further than your own garden.

After a week of wonderful (albeit chilly) spring rain our garden was full of little shoots of green grass and new leaves sprouting on the trees. My children have really embraced the spring season and so I thought that planting a little fairy garden would be a really nice way to introduce them to gardening this year. I also thought that if I let them be in control of their garden it would be a really nice way for them to express their creativity. 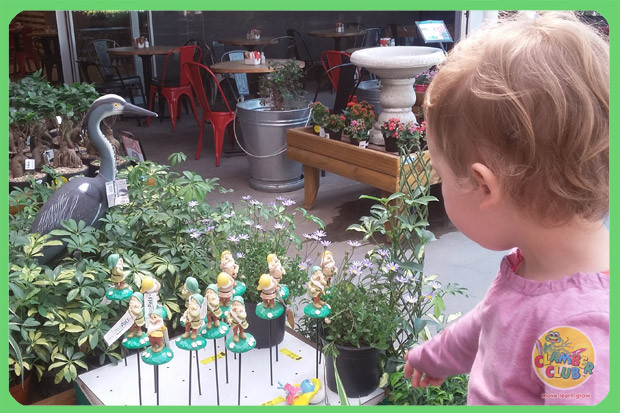 Choosing items for our fairy garden.

As I didn’t have a whole lot of materials lying around (despite my best efforts I really don’t have the greenest thumb) I piled my little ones into the car and off we went to Builder’s Warehouse to choose a pot and a few small plants and accessories for their garden. I didn’t interfere at all (I promise) and I let them choose the pot, a plant each and a couple of other things for their garden. 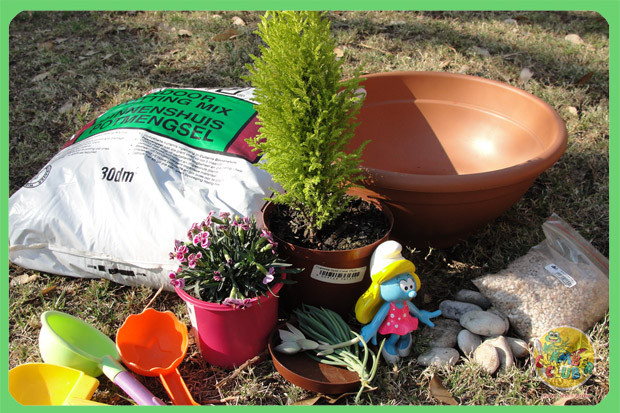 We settled on:
• A medium bowl shaped plastic pot (according to my 4 year old fairies don’t like big pots, go figure)
• A small conifer (so that the fairy can have shade if it gets hot)
• A pink/purple flower (fairies like these I am told)
• A small pot tray for a little fish pond
• Some small stones to cover the sand (they saw some smaller cactus pots with this covering and decided it looked nice)
• A Smurfette figurine (because apparently Smurfette is friends with the fairies)
• A bag of potting soil 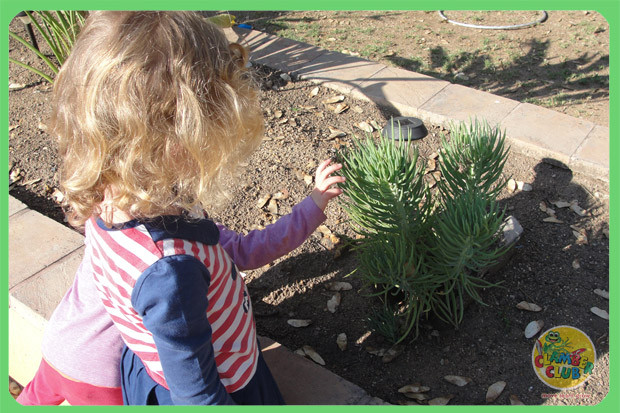 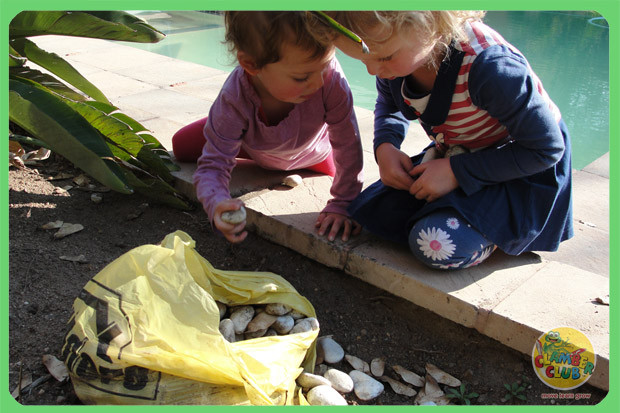 Once we arrived home I sent my children into the big garden to run around and find anything else that they wanted to add to their little garden. Surprisingly they didn’t want very much else, just a few white stones and some succulent cuttings. 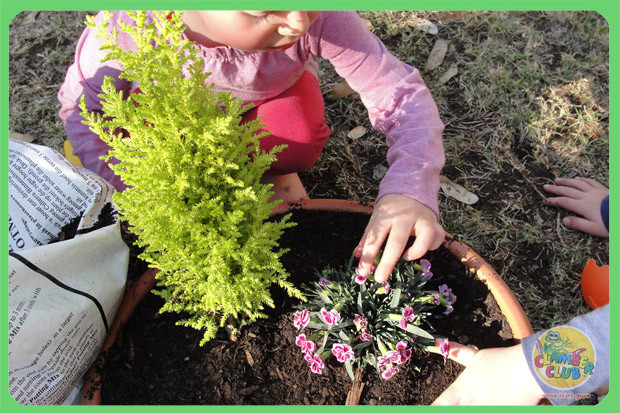 We started off lining the pot with some of the large white stones to help with drainage and then I let my children half fill the pot with some potting soil. They showed me where they wanted the ‘tree’ and the flowers and helped me put them into the pot. Once they had finished filling the rest of the pot with potting soil we placed Smurfette under the ‘tree’ and positioned the pond, rocks and succulents. Lastly, we topped everything with the little stones. 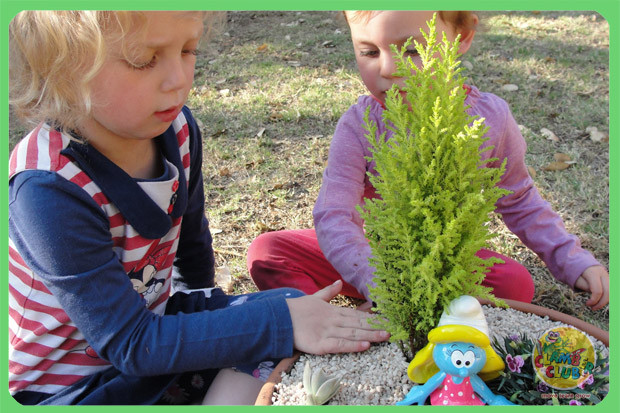 I asked my little ones where the fairies wanted their garden and they chose a corner of the patio where we have a few other pots and succulents. After a final water the garden was ready for the fairies to move in. 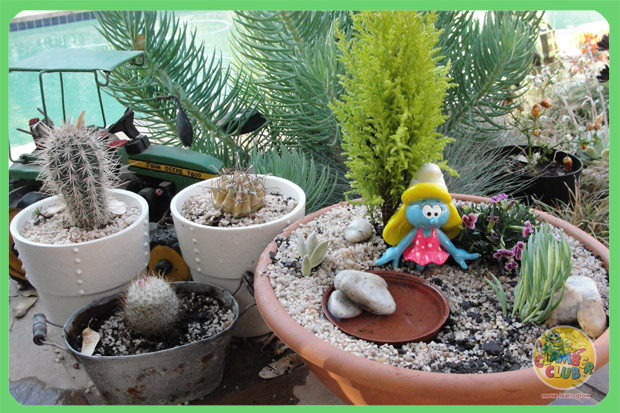 This was such a fun afternoon activity and it was so nice putting my children in charge of their own little garden; from choosing supplies at Builder’s Warehouse to running around our garden, they were in control.

As I mentioned I didn’t have a huge amount of supplies to use for our fairy garden however if you do, encourage your little ones to choose their own containers, plants and accessories. It is so rewarding to see how proud they are of their garden creations. I even caught my 4 year old peeping out her window at bedtime to see if any fairies were visiting Smurfette in her garden.