I really am so pleased that we had our two amazing children so close together. Having a just under 2 year age gap means that our little ones are close enough together that they still have a lot in common in terms of toys and interests (an added bonus is that they are the same sex). What this common interest also means is that there are also times where there is a lot of conflict.

I am frequently assaulted with high pitched screams, tantrums, hair pulling, hitting and crying, it’s awesome (she says very sarcastically). Now obviously they are little people and so locking them away in their rooms until they grow out of it isn’t really an effective solution (although tempting at times) and so over the last few months or so I have tried to implement the following to not only resolve a fight that has already broken out but also to try to prevent these blow ups from happening all together as much.

Be more present
When I sat down and really thought about it, I realized that a lot of the time when the children are fighting or when the fight breaks out I am not in the room. When we are at home I will often pop into another room to fetch something or to the loo (yes, I do like to go to the toilet without an audience if possible) and it seems that the second I sit down on toilet or step out the door the fighting will start. I suppose that is because when I am there I can spot a trouble inducing situation right at the start and nip it in the bud before it escalates into full blown warfare. So, my first step towards reducing the conflict is to try to be in the room more. Sure, there are times where I will need to step out for a second or two (don’t worry, the rooms are child proofed) but the more I am present the more I think we can prevent conflict explosions. This seems to go for the phone too, being present isn’t only physical, it is focusing your attention on your children. On the plus side my friends and family won’t think I have phone Tourette’s anymore as I won’t be yelling out ‘stop fighting’, ‘no’, don’t kill your sister’ in between sentences to them.

Shout Less
Speaking of yelling, I am a shouter. I am not proud to admit it but I do shout, far too much and I think that it probably influences the way that my children react in situations. They know that if I shout, they stop and listen and so they probably think that if they shout, they will get the same result. Not ideal. So, I have made it my mission to not shout so much in the hopes that by dealing with a situation in a calm manner, they will do the same. Lead by example and all that. Although I do still have the occasions where I do shout, I am doing it a lot less and, not surprisingly, I have noticed a difference. My children have seen me approach things in a far calmer way and I have found that they are far more open to listening to me and listening to my explanations as to why their behaviour towards each other isn’t very nice.

Tell me about your feelings
I learnt this one from my eldest daughter’s teacher (who happened to be my teacher when I was the same age) and I think it is a great one. When one of your children hits, yells, screams, snatches or anything that might upset the other one, instead of reprimanding them immediately, ask them how they think what they have done makes their sibling feel. Or, get the child who has been hurt to tell their sibling how they feel being on the receiving end. At first I thought that this would only be effective for my older child due to the fact that my 2 year old is a bit language prohibited at the moment but it is amazing how much they understand, even at a young age. When I approach a situation in this manner although my youngest doesn’t quite have the words yet she understands that her sister is telling her that her feelings have been hurt and she will apologise and hug it out and they are instantly friends again.

Time Out
There are times where despite being present and trying to resolve a fight in a calm way (with no shouting) and talking about our feelings one of the children (usually my 4 year old) will still be incredibly worked up and frustrated. Frustrated that although she wants to play with the toy her sister got it first, frustrated that she can’t wear the dress up skirt that her sister already has on, frustrated that her Barbie’s dress has a spot on it and that the other Barbie is wet because she put it in the bath the night before. Yes, that is a lot of frustration for such a small person who is still learning to process her emotions and so I have started sending her to her room (maybe I should rather say asking her to go to her room). Not as a punishment but more as a reset. To think about why she is frustrated and/or why she has made her sister cross or upset. She is allowed to read or nap or just sit quietly. Sometimes I go in to her room to talk to her and help her deal with things and sometimes she comes bounding out as if nothing ever happened. Either way I have found her to be a lot more emotionally confident since I have started doing this and now if she feels things are getting a bit overwhelming she will even take herself to a quiet spot to have a little time out. 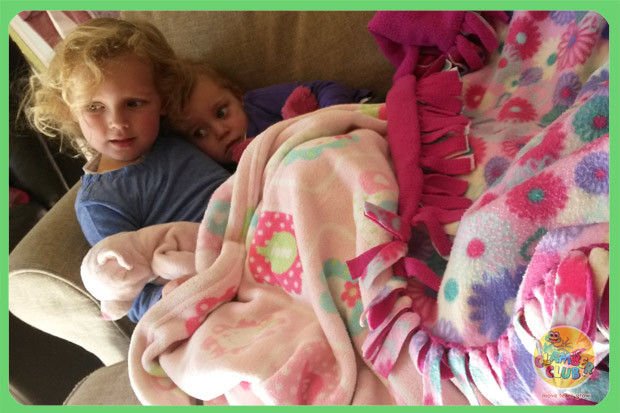 I could just eat these two up.

At the end of the day though, despite the argueing and fighting it is amazing to see how much my children love each other. From my eldest one stroking her sister’s hair in the shopping trolley or letting her lie on her lap while watching tv to the fact that they kiss each other goodnight every night. It makes my heart sing. 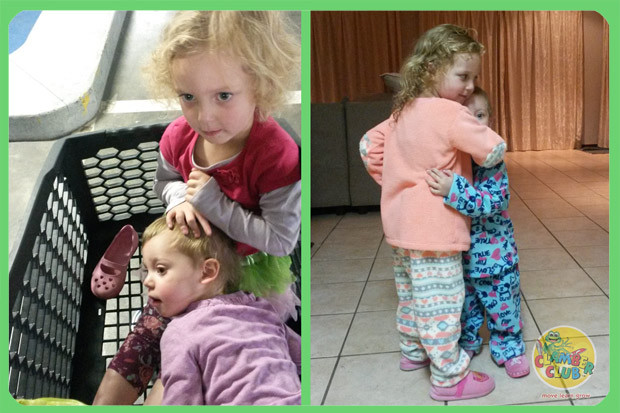