Stimulating the Visual Sense with Rainbows 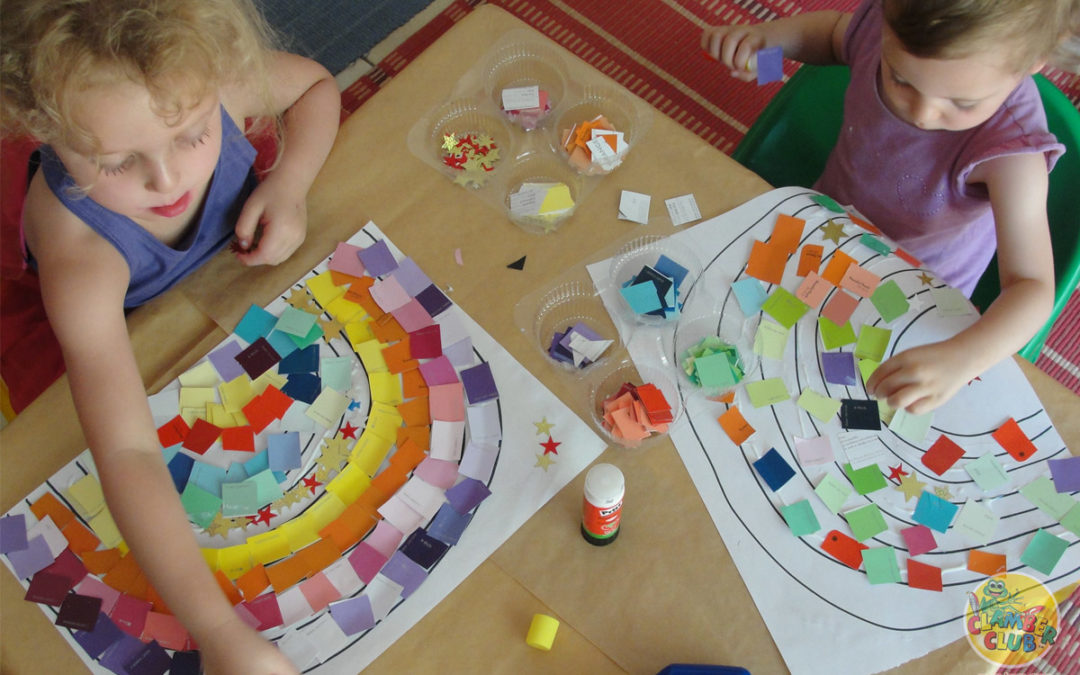 To me there is nothing that symbolises spring time quite like a rainbow (barring the new flowers, green gardens and warmer temperatures of course). When those first afternoon showers arrive, giving new life and bringing with them those magical strips of colour, peeping from behind the clouds, I can’t help but smile. Enough about me though.

My daughters are also fascinated by rainbows. It could be that they think they come with unicorns and fairies, but regardless, they can always be found looking out the windows to see who can spot the rainbow first when the sun peeps back outside after a spring shower.

As such, I thought a fun way to use up our leftover paint swatches from our rainbow scavenger hunt, would be to make some rainbow pictures. 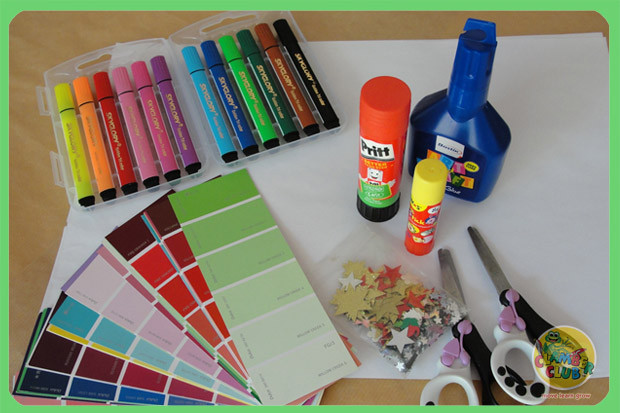 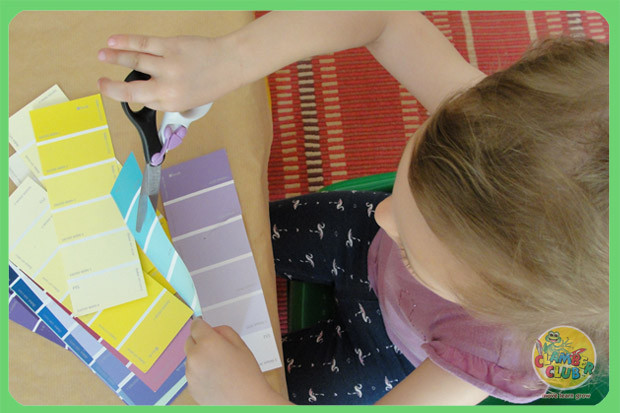 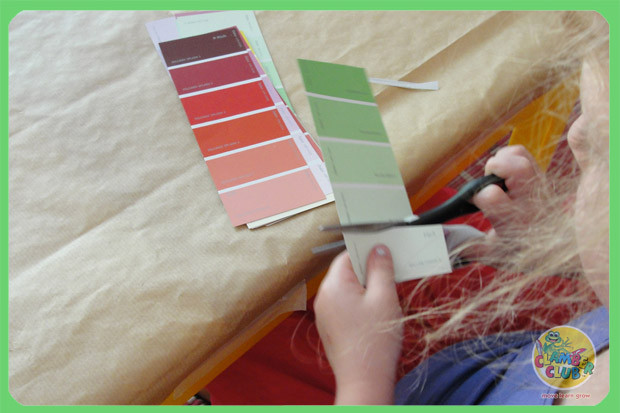 First of all, get your children to help you cut out the coloured squares on the paint swatches. Cutting out is wonderful for hand-eye co-ordination as well as improving finger strength. 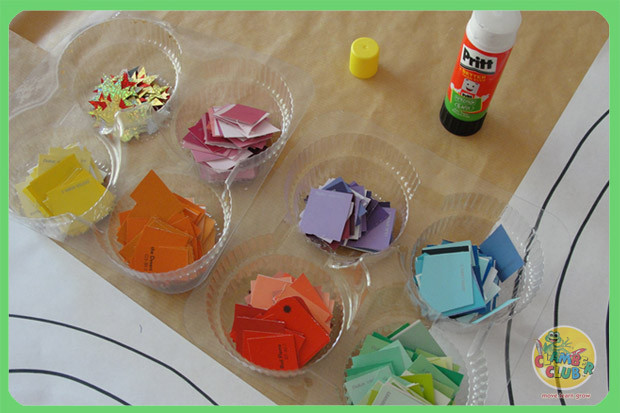 Once we had cut all of our squares I placed them in some plastic containers (these were actually empty muffin containers that I have a habit of keeping). I asked my little ones to help me sort them out, which took a bit longer, but is great for their development and they loved it. I then drew a rainbow shape for each of my girls on a piece of paper and handed them the squares and some glue.

My little ones then got set to work gluing and sticking their squares and other decorations on their rainbows. 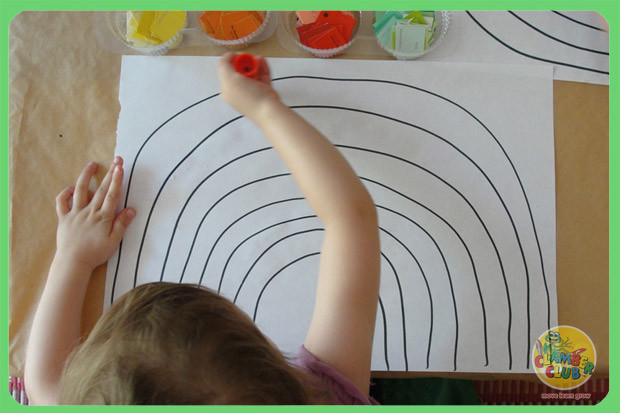 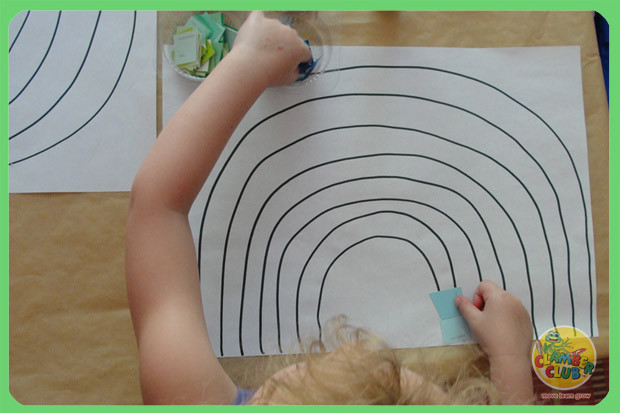 This is a fantastic activity for stimulating your children’s visual senses as not only do your little ones have to see and differentiate the assortment of colours but they also have to concentrate on sticking them in the lines and making a rainbow (my four year old was a bit better at that). My two year old loved identifying all the colours though and I was quite impressed to find how good she is getting. 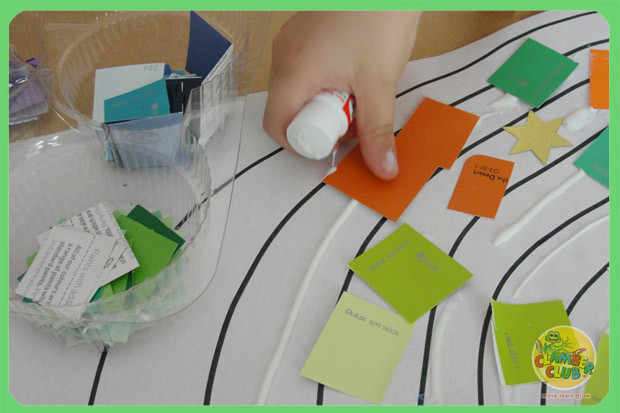 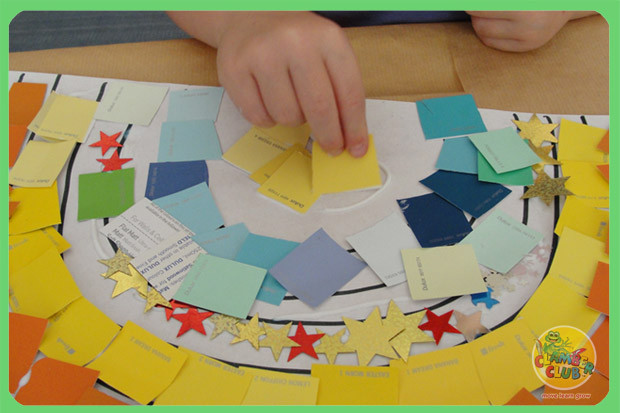 I am so glad that I put brown paper over the table as there was glue all over the place by the time my children were done. What was really fun about that too though, was that their hands were all sticky and they had great fun sticking their fingers together and then slowly pulling them apart again. I remember do this myself as a child and was tempted to join in. 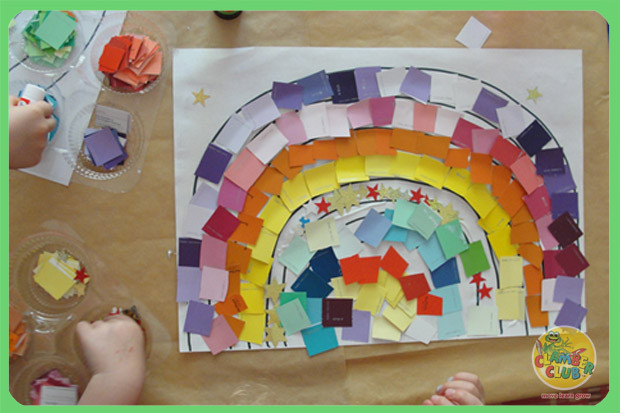 If you have a younger child and aren’t keen on them cutting and gluing just yet you can still do this activity. Simply give them some blunt, plastic scissors and get them to cut off bits of different coloured playdough. They can then either press the bits of playdough into the rainbow shape or they can press them all back together and roll out different ‘snakes’ of colours, making a rainbow that way.

Now if only it would rain and we could see an actual rainbow!