The importance of active play in young children

Active play is such an important part of preschool children’s lives, as it builds up their self-confidence and it increases their emotional well-being, physically, socially, emotionally, and developmentally. As we all know, ACTIVE PLAY is the WORK of a child and is a major contributor to the holistic development in young children.

The early years are such a significant time for active play, as this is when our children’s nerves, muscles, bones, and physical skills are being developed, resulting in improving their coordination, self-control, and endurance. Through play, children create a basis for learning as they socialise with other children, adults, and the world around them.

Physical activity is responsible for boosting the brain’s metabolism. Research has shown that children that are active, have improved memory as a result of better brain function.

A physically active child is not spending long periods of time in front of a screen or seated in a chair or pram.

Penny Greenland, Director of JABADAO, The National Centre for Movement, Learning and Health says, “Missing out on early movement play is like missing the foundations of a house – you never know what cracks and problems may appear later on.” 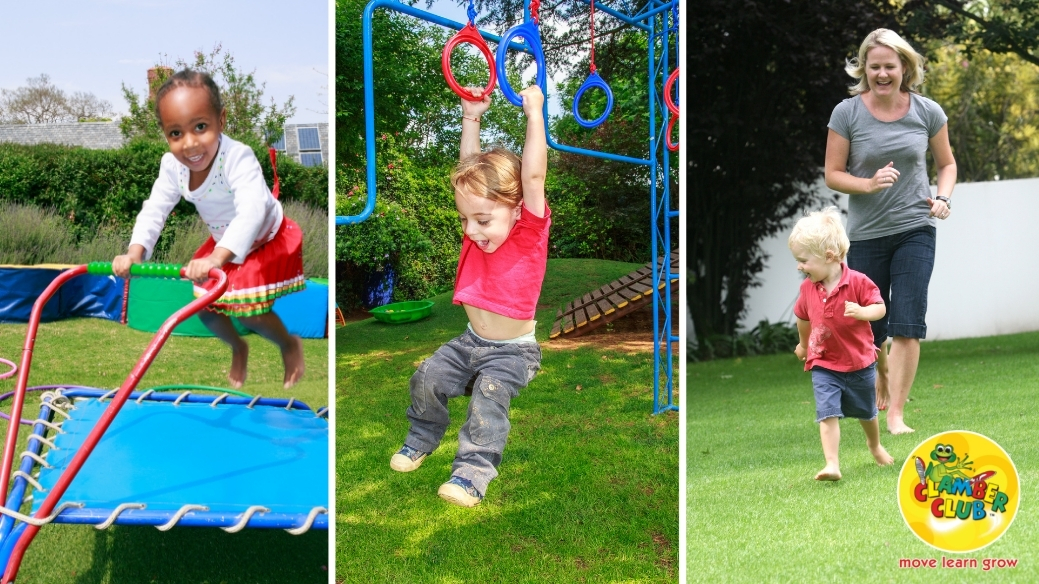 As parents and educators, we play such a vital role in encouraging children to be active each day. Being an active role model and getting involved in their games and activities with them, is a great way to inspire them to become more energetic. We need to remember to focus on activities and games that are fun.

Research done by “raisingchildren.net.au” said that toddlers and pre-schoolers should be physically active for at least three hours – spread throughout each day.  All children need to play energetically every day and children over three years old need at least an hour of energetic play each day.

Young children learn by doing and “active play” includes structured and unstructured activities. Children playing with leaves in the garden or raking them up into piles, is unstructured play. Structured play is when parents and teachers create an exciting and stimulating environment and encourage children to participate and explore.

As a teacher, I feel excited interacting and working with my children once they have had a physical active session. The children are better able to concentrate and focus. After being active, a child will feel relaxed and calm as serotonin (a hormone which is released into your body to generate well-being and happiness) helps create these feelings.

Keep active, keep playing!  It’s the greatest joy in life, keeps our mind fine-tuned for learning and it’s so much fun!