Why are Gross Motor activities important for children?

A baby moves from the minute he is born, this movement teaches him about his environment. “Babies get a lot of sensory input and feedback from movement, which helps shape how they learn and interact with others, and the world around them,” says Nicole Hilburn, Peadiatric Physiotherapist and Clamber Club Expert.

“From early on, movement is associated with better cognitive outcome, and gross motor activity has an impact on learning as well as fine motor function,” explains Nicole.

What benefits do movement and gross motor activity have?

Movement and physical activity helps a child learn about himself, explore the world around him, and coordinate movement so that he has hundreds of components of movement available to him to move in so many different ways. This helps your child to be physically active, move freely and easily in his environment, and do many physical activities such as playing, climbing, running, jumping etc. All this movement builds muscle strength, bone strength as well as fine motor skills such as manipulating objects, oral control and visual control.

Movement and physical activity help develop intellect through moving through space, using movement to solve problems in the environment, e.g. figuring out how to reach an object, or negotiate obstacles, and gives the child a sense of his body, and how he moves through space, providing lots of opportunity for developing perceptual and spatial skills. 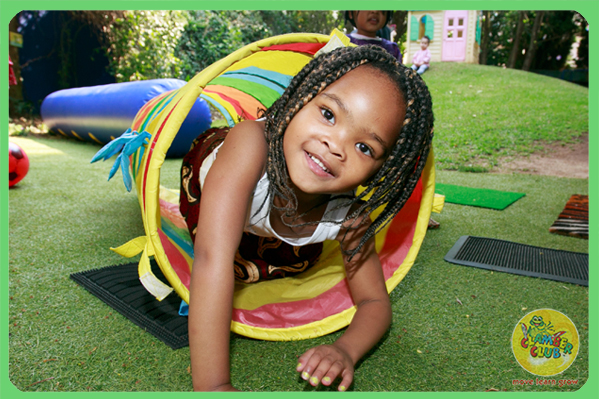 Babies and children are able to communicate through movements such as facial expressions, pointing, taking someone’s hand, and being able to form words with oral muscles. 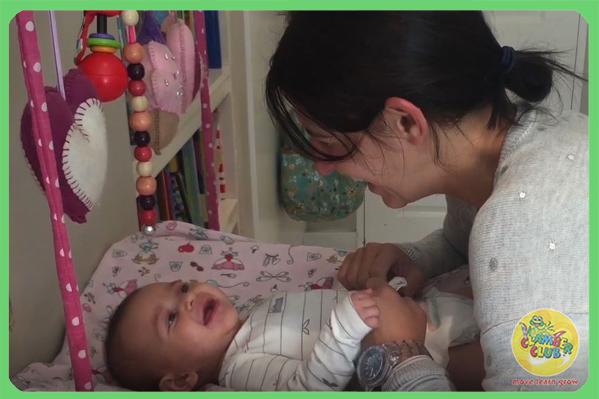 Movement allows us to connect with others. Whether it be to get close for a cuddle, eye contact, or a smile, all these actions are expressed through movement. It also helps build a child’s self-confidence as he manages more activities, movements and tasks.

What ways can babies, toddlers and children engage in physical activity?

During the first 6 months gross motor or physical activity in babies is time spent on the floor, in different positions allowing the baby to kick and move against gravity on his back and tummy, and eventually sitting, crawling and walking. For more ideas on how to stimulate your baby from 0 to 12 months see the Stimulate Your Baby DVD series. 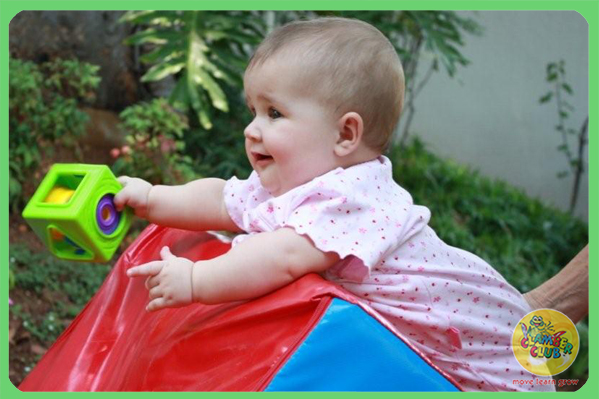 Toddlers usually walk between 12 and 14 months of age. As they become more proficient, they start to explore their world in standing, providing a different position from which to view everything, giving more options in terms of standing to squatting, climbing, and moving through space. They then begin to experiment with more complex activities such as running and jumping 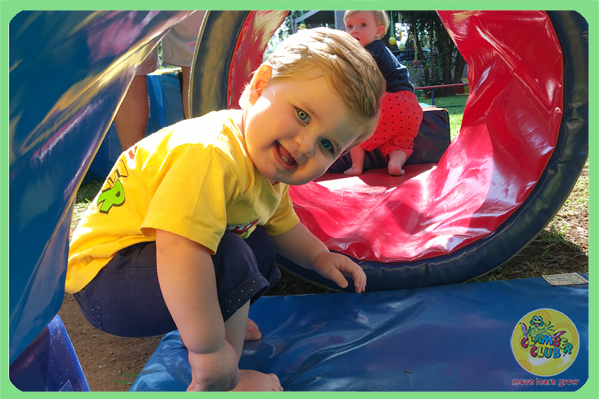 These children have had a few years of learning to move and coordinate muscles in so many different ways. They now have hundreds of patterns of movement available to them in different combinations, allowing more exploration of the environment, and of their bodies. All the coordination and strength which has developed over the first 3 years of life allows them to manipulate objects with more dexterity, e.g. drawling with pencils, starting to use utensils for eating, and handling objects such as balls translates into ball games and sport which allow for further exploration and development. 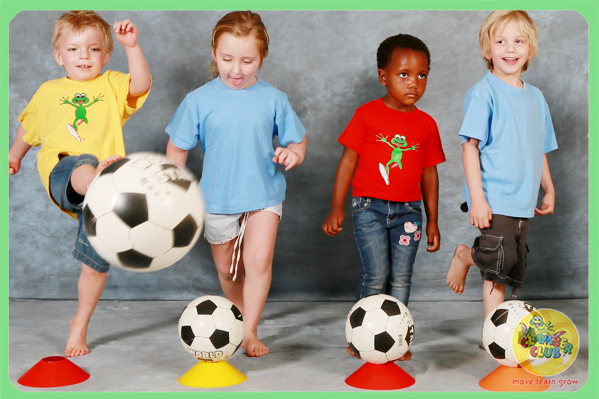 How much physical activity should my child be getting?

“Babies and toddlers should be given as much time as possible to explore their environments, and move,” advises Nicole. She adds that “The American Academy of Paediatrics recommends at least 3 hours a day of movement of any intensity.” For babies, this means time on the floor, moving, kicking and reaching etc. During this time baby should not be in any equipment.

For toddlers – this is time walking, running, moving, exploring and being active.

Children over 5 years need at least an hour of vigorous physical activity per day.

The increase in technology available to children has led to a decrease in physical activity, and an increase in screen time. The American Academy of Paediatrics recommends no screen time until 2 years of age, and then an hour per day maximum for younger children. Screen time takes away time that should be spent on sensorimotor development.

Let your child move and experience the joy of movement. Allowing your child to be physically active enables them to learn about themselves, the world around them, and develop so many important skills.