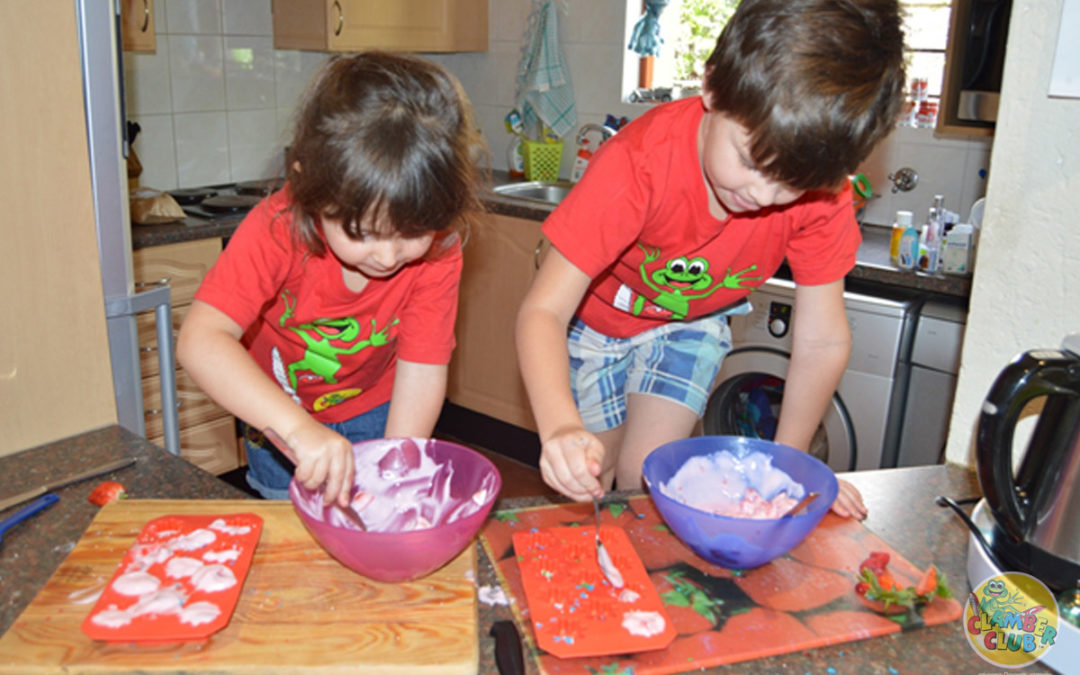 My children have many favourite things, but two of their absolute bests would have to be yoghurt and ice-lollies, so we decided to combine the two and make our own frozen yoghurt ice-lollies. We were missing a few of the key ingredients, so before we left for the shops, we made a quick shopping list, and I prompted them to pick their fruit filling – they could really add anything to their yoghurt to “spice” it up. We settled on strawberries and raspberries and of course sprinkles! 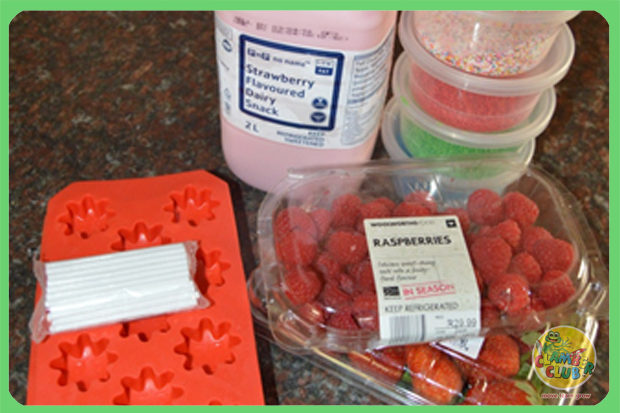 After a quick trip to the shops we were ready take on the ice-lolly making.

Ingredients:
• Assorted sprinkles
• Strawberry drinking yoghurt (which can be frozen)
• Fresh raspberries and strawberries (or blueberries)

We also needed two silicon ice trays and small plastic sticks to help our ice-lollies take shape.
With much excitement the chopping and tearing of the strawberries and raspberries began. My eldest did the chopping and little sister did the tearing of the raspberries, such a wonderful activity for co-ordinating the two sides of the body and for getting the eyes and the hands to work together as a team (and of course a wonderful tactile activity too – the raspberries were squishy, and were made up of tiny little segments, so we discovered!). 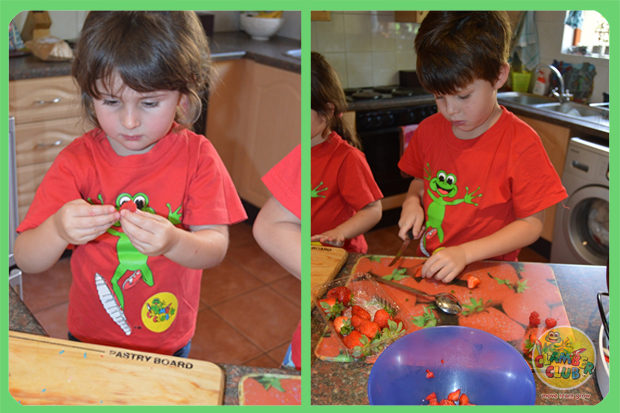 They each had their own mixing bowl so that they could add in as much or as little of the fruit as they liked…. tearing or chopping – both wonderful fine motor skills and obviously age dependant. We added the yoghurt to the fruit and they mixed. 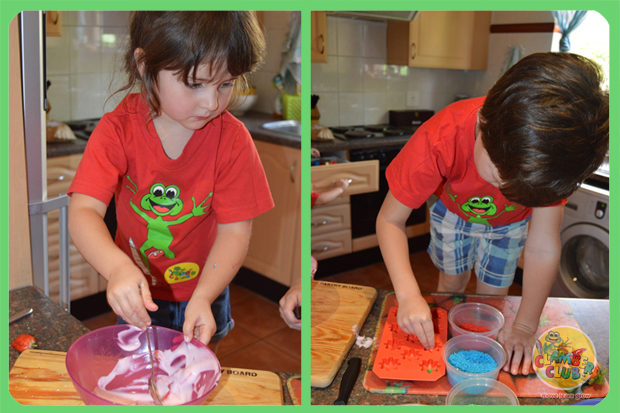 We used silicone ice trays, and just for some colour (and baking isn’t baking without sprinkles), they gently sprinkled their sprinkles into the bottom of the ice trays. I luckily had an assortment of sprinkles left over after some birthday baking, so they were spoilt for choice. We had fun chatting about the colours and predicting which colours would look best with our pink yoghurt surprises. 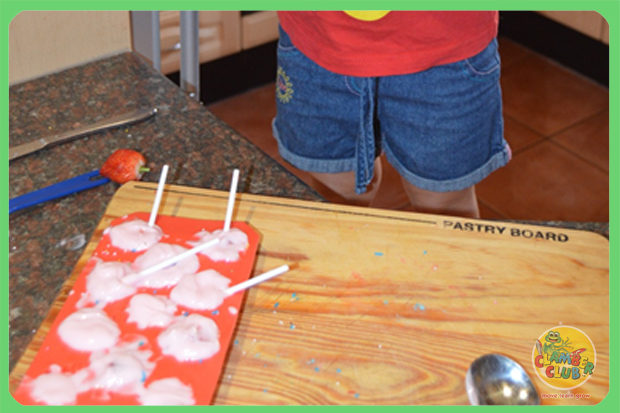 They then each filled up their own trays by scooping the yoghurt mix in with a teaspoon. This is the messy part but with much effort and concentration they did a fabulous job!

We then added in the little plastic sticks and popped them in freezer to freeze. 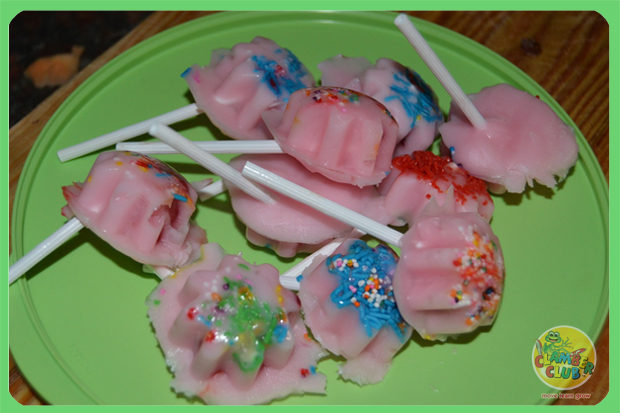 The wait then began……”Are they ready yet Mom?” was heard frequently until they were finally ready for sampling.
The end result was some interestingly colourful yoghurt ice-lollies which were yummy and which the kids totally made on their own.