Fussy Eater No More! 9 Tips to help encourage your baby to eat.

We are all concerned about our children’s eating habits at one point or another. So how do we make the transition from milk to enjoying various foods?

The World Health Organization (WHO) encourages breastfeeding for the first six months of a baby’s life, after that an introduction of a variety of food is recommended at different stages of a child’s growth and development. We are encouraged to introduce both variety and texture to a baby’s diet.

Studies have shown that fussy eating habits are often formed if textured foods are not introduced early on in a baby’s life. Textured foods, for example, can include mashed fruit or vegetables or convenient pouch foods.

Research has indicated that 20% of babies were defined as being fussy eaters when textured or lumpy food was not introduced between six and nine months of age. In contrast, babies who were fed a variety of textured foods were happy to explore different tastes and enjoyed their food at meal times. 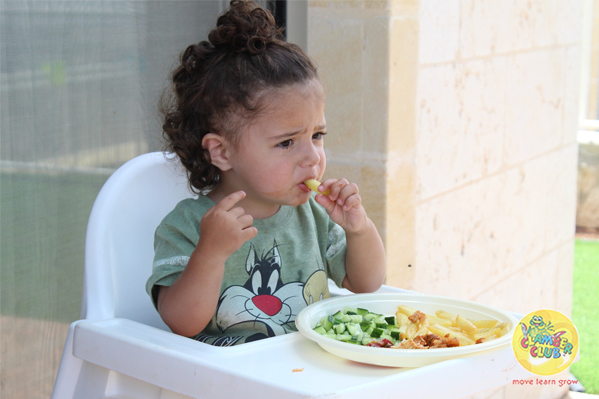 So how else can we encourage our baby or toddler to eat?

There are amazing food pouches on the market such as the De-lish products, that it makes it easier to get your little one used to eating and learning about the tastes and textures of new foods. So moms and dads relax and take it one step at a time.